Sophie seems to be really excited about becoming a big sister and has bought her baby brother a present. She wanted to buy him a Sophie the giraffe teether just like the one she has so we took her to the shop to buy it and choose a gift bag for it. It is all wrapped and ready for her to bring to the hospital when she comes to meet him.

I really wanted to put together a gift from the baby for Sophie and have it waiting at the hospital for her to open. I decided to write a blog post to share what we have got for her.

We have been given lots of books about new babies which we have been reading together. Sophie loves them and remembers so many of the details. Her favourites ones are probably ‘Topsy and Tim and the New Baby’ and ‘There’s a House Inside my Mummy‘.

I wanted to get her a couple of special ones to read once the baby arrives. I found these two books about becoming a big sister.

‘I’m a Big Sister’ by Joanne Cole tells the story through the eyes of a new big sister and seems to reinforce lots of the conversations I have had with Sophie about what it is like to have a baby in the house. 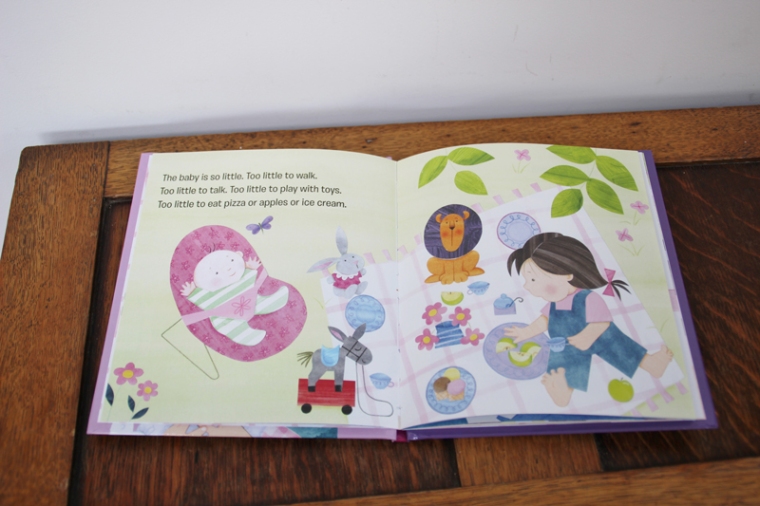 The other book is also called ‘I am a Big Sister’ but focuses on ways the sister can help with the new baby. Sophie has chosen a bath sponge and helped to pick a thermometer as she is really excited about helping to bath the baby. So I thought this book would be a good way for her to understand how she can be involved and help.

I wanted to create a really special book all about when Sophie was a baby. I printed out photos from when she was born and in hospital and wrote some captions to go with them. Hopefully this will help her to understand what will happen from me staying in hospital to the baby having a name band and an umbilical clip on. It tells the story from us being pregnant to bringing her home from the hospital. I made sure to include lots of photos of things that she used as a baby that the new baby will use.

I have actually already given the scrapbook to Sophie and she loves it. We had lots of discussion about the photos. As soon as we finished reading it, she looked through it again. I am planning on leaving this book with her when I go into the hospital so my mother in law and mum can read it with her to help her to understand what is happening. 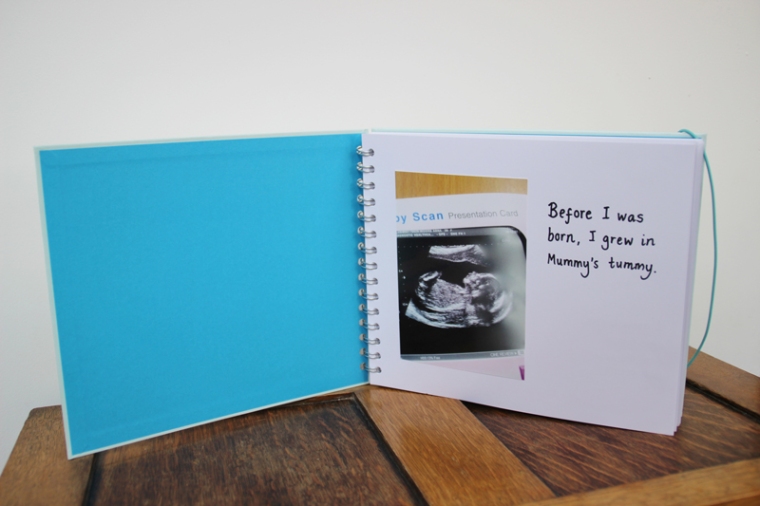 I had an old point and shoot camera that I never use as I have my DSLR and my phone. So I decided to teach Sophie how to use it so that she can take photos of the baby when he arrives. I can’t believe how quickly she picked it up! She knows how to turn it on and off, how to take photos and how to play them back and scroll through them! I am going to put this camera in her gift bag for her to capture her own memories of the baby. I have left some pages blank in her scrapbook and I plan on printing out some of her photos and putting them into it. 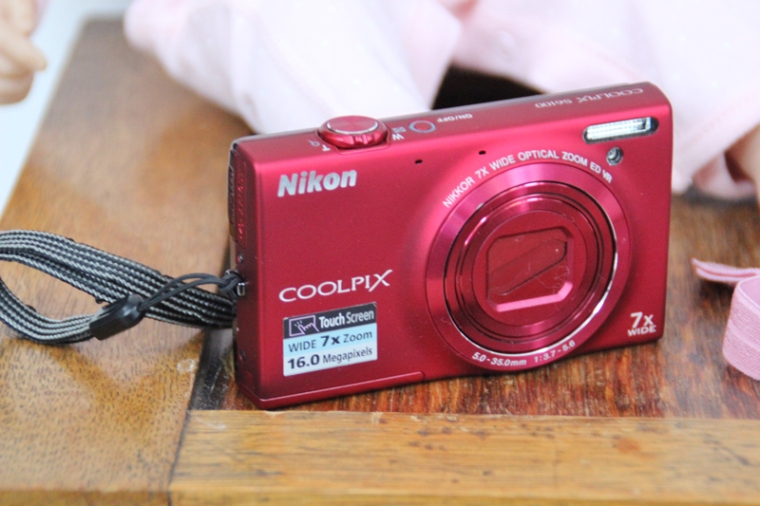 I am terrified of dolls but I had to overcome my fear when Sophie was given one for Christmas and loved it! Now I am quite glad that she has a doll because she has been pretending it is her baby and looking after it.

I decided to make a nappy bag for her to use and fill it with bits and bobs for her baby. I used some scrap material that I already had and followed a pattern I found online but I just made it a little bigger and added some pockets on the outside for her mobile phone and a drink for the baby. 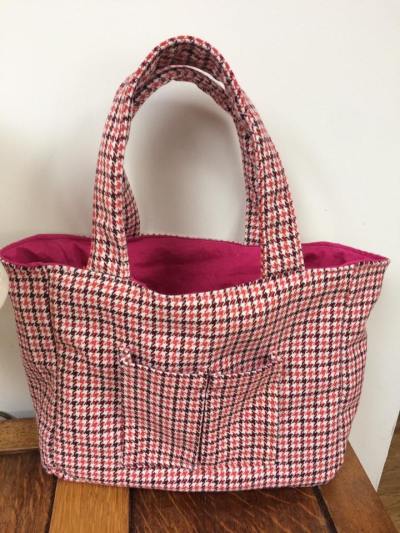 I bought a charm that says ‘Big Sis’ from Etsy to make a bracelet but ended up being too small so I sewed it onto the nappy bag instead.

I also made some nappies and some wipes to go inside the nappy bag. I used velcro to fasten them as I thought it would be easier for Sophie to close than poppers. 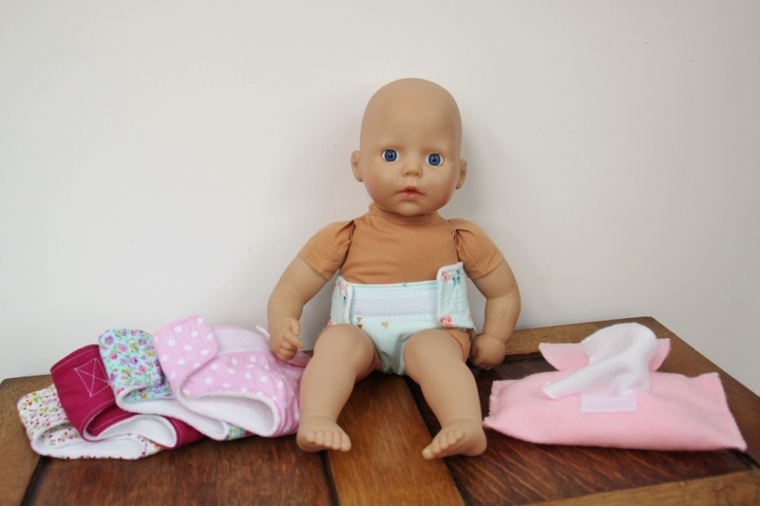 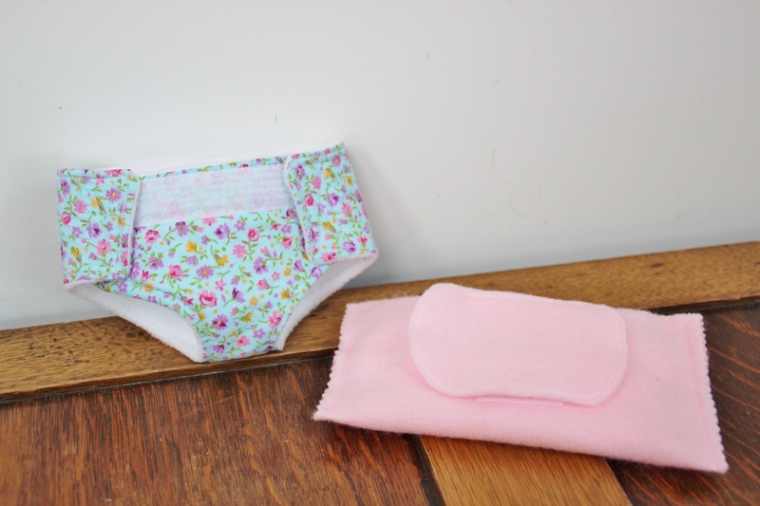 I looked at buying some new doll’s clothes but they are so expensive! I have never made clothes before and didn’t have time to attempt to make any so I decided to buy some real baby clothes. I ordered some premature sized babygrows from Asda in the smallest size they make and they fit really well. A pack of three were £7 which is a lot cheaper than the official Baby Annabel range. 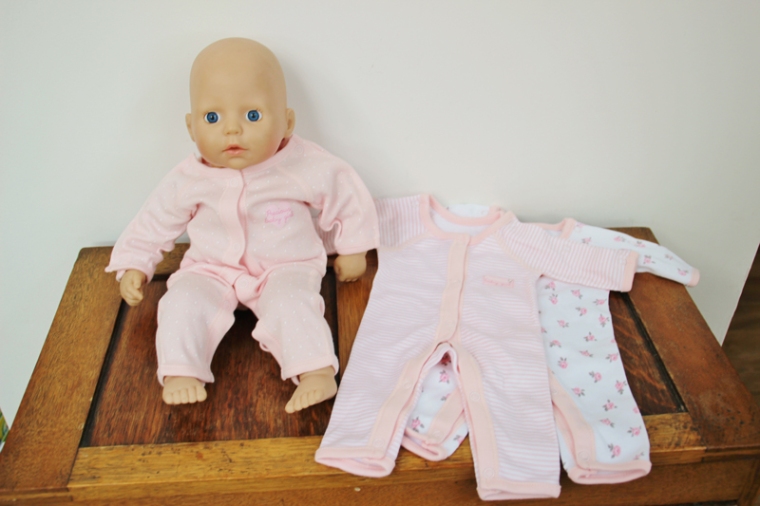 I wanted to make something that Sophie could keep so I decided to make her a big sister bracelet. I ordered a charm from Etsy which ended up being too small then I found this one on Amazon for £1.75 plus P&P. I had lots of foldover elastic in my craft box so I used this to make the bracelet. It is soft and stretchy so it will be easy for her to take on and off herself.

I am going to wrap it all up and have it waiting at the hospital for her when she arrived to meet her baby brother. I hope she likes it all!

Have you given a gift to your children when a new sibling arrived? What did you include? 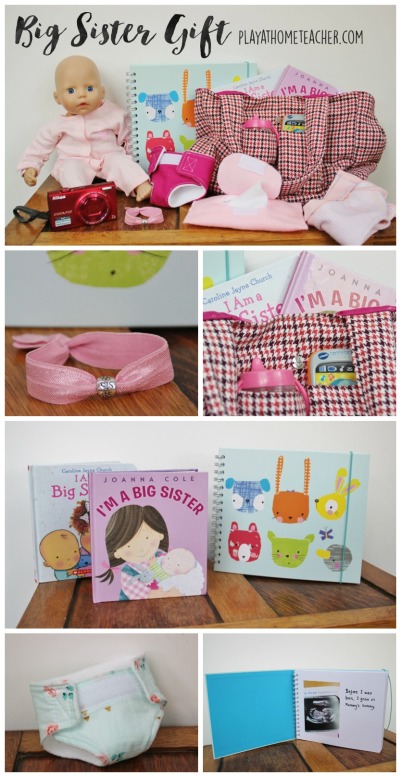 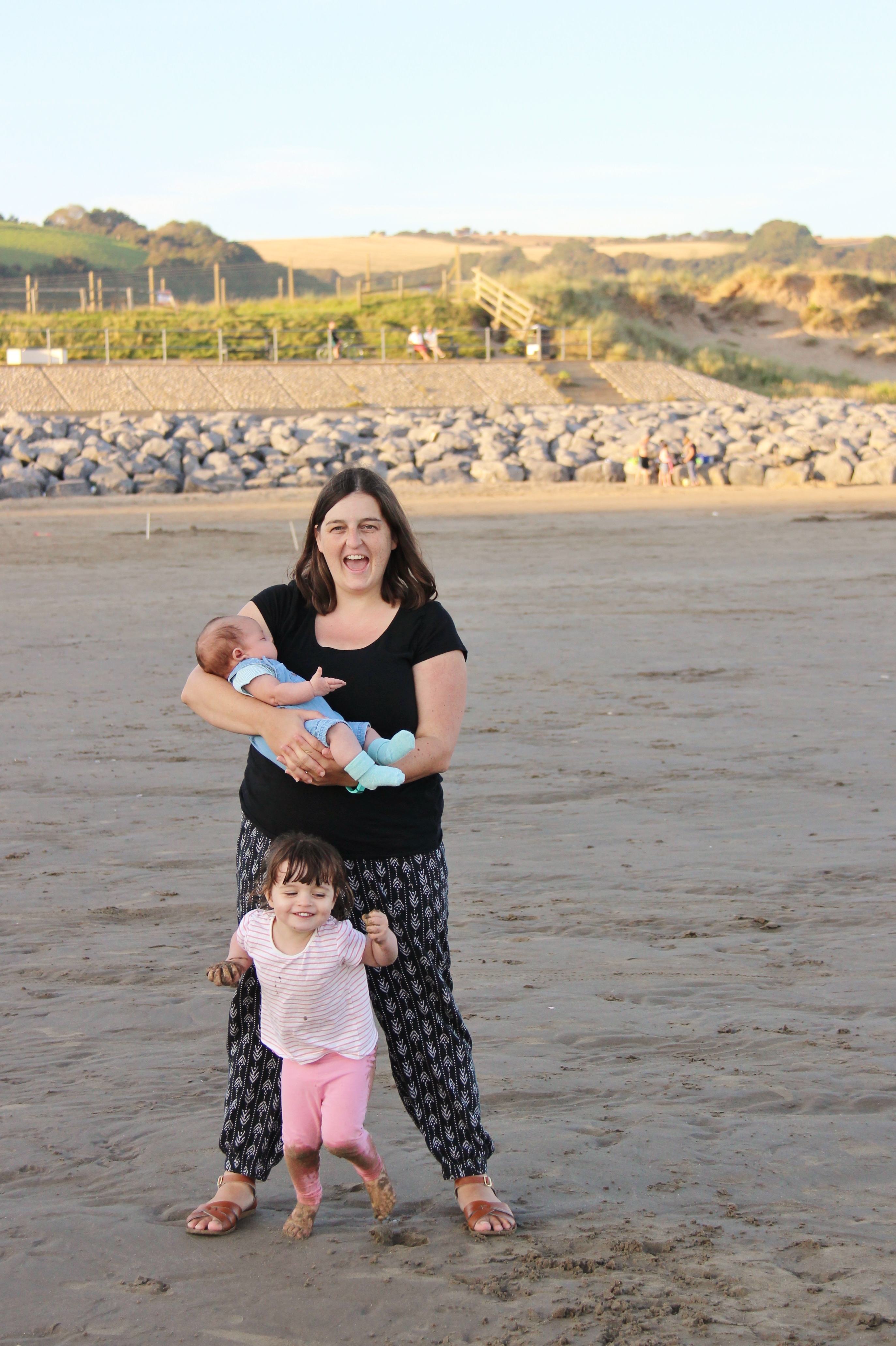 My name is Anna. I have a toddler and have just thrown a baby into the mix! When I am not on maternity leave, I am a Primary school teacher.

This blog is a place to share the activities and crafts that I do with my children.